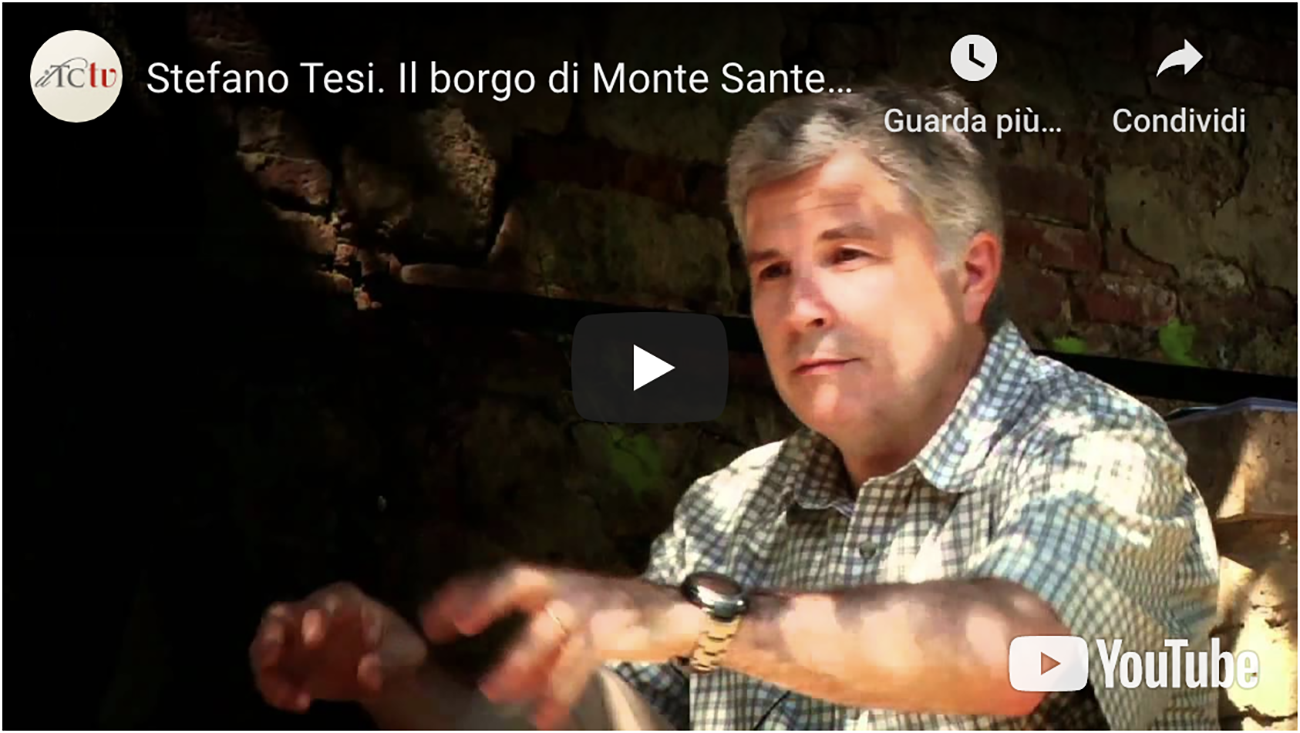 The history of Monte Sante Marie is at least 1300 years old. It is an example of uninterrupted history that has made the village a living testament of how a fortified fortress and its standing structures have continually adapted and molded themselves to events and the growing needs of its population during the course of the centuries. The castle of Monte Sante Marie is very unlike many other incredibly beautiful Tuscan ‘crystallized fossils’ of the past: it has closed within itself its anecdotes, people and events and is, today, far away from what it once was. It is simply a village lost in the countryside that leads one to reflect…

There are no documents or proof that Monte Sante Marie began with the Etruscans, although there are several signs that could give one this idea. The ‘official’ history of the village begins in the 7th century when, under the dominance of the Longobards, the clay hills east of Siena were reclaimed after they had been abandoned with the decline of the Roman Empire. The area had been divided by two of the principal road networks that started in Siena and pointed towards the Orient: Via Scialenga (which is found, roughly, along the current road link-up of the Siena-Bettolle) in the direction of Arezzo and the Via Lauretana which leads in the direction of Asciano and of the Val di Chiana.

The first part of the reclaiming was the construction of a road (Torre a Castello-Asciano- currently slightly different from the original) that united the Scialenga to the Lauretana. The second part of the reclaiming was the ‘benediction’ of the new road with the construction – at exactly the halfway point between the two – of a church. Today, this church stands and still retains its wonderful Romanic form. It is dedicated to San Vito ‘in versuris’, or rather, ‘towards’ a point that indicates the lands that ‘are to be poured’… the lands that are to become cultivated. The church’s antiqueness is proven without a doubt by parchment documents of that period that attest that for the entire Medieval period, there was opposition between the feudal councils for dominance over a series of parish churches that were built along the confines of the territory. There is still another parchment paper from 714 that states that the Church of San Vito was already ancient at that time and that it contained the only other baptistery in the area besides the Church of Vescona.
The spot in which San Vito was built was probably already considered a sacred site or held a preexisting temple. However, regardless of religious purposes, the site was with defects: it could not house a military presidio because it wasn’t a dominant point between two of the valleys that faced the rivers Ombrone and Camerone. At that time the rivers were principle avenues of travel for armies and armaments. Instead, a perfect site was a nearby hill in which Monte Sante Marie was ultimately built: it began with a tower. Those remains are still visible in the underground tunnels.

With the advent of the French, in the 9th century, the entire area became a feudal territory under the rein of a family called the Cacciaconti. A faction of this family settled at Monte Sante Maria and made it their principal residence. At that time, the construction of the first fortified castle and the surrounding feudal village began. The family forged and consolidated a faction of dominance that extended from Berardenga to Radicofani.

Towards 1100, things began to change. The power of the Municipality of Siena began to be felt in the Crete. An altercation between feudal families was inevitable and therefore caused a long period of ferocious battles, conquests and sieges, treaties for peace and traitorous actions… all of which took place on or near the stronghold of the Cacciaconti. The family and Monte Sante Marie paid the price dearly. The State Archives of Siena preserve numerous parchments that report of armistices and promises of urbanization extorted from the Cacciaconti – many of these were signed at Monte Sante Marie. At that time, it had also become a strategic presidio for the control of an area that the Republic (justly) considered its ‘granary’ because of the agricultural production of cereals. During the wars, the destruction was massive. In 1176, the castle was totally destroyed and advocated to the Sate of Siena. The same occurred once again in 1186 to the nearby Castle of Montevello (in the site of the now standing Palazzo Primo), whose relevance was minor and therefore never again rebuilt.
The village, while under the rein of the Cacciaconti, obtained a certain economic and demographic relevance. This was the beginning of the existence of a ‘border castle’ to the Republic. It was ready to take on any opposition from nearby powers and, in particular, from the Florentine Dominion that had infiltrated the Val di Chiana.
The sieges multiplied. Traces of military defenses are still seen in abundance in the underground tunnels: they’re intersecting, contain many ‘secret’ passages and traces of walls used for fortification. The cellars of the farm still house a whole entrance door (the Siena Door) leading to the main castle and surprising examples of medieval military architecture. 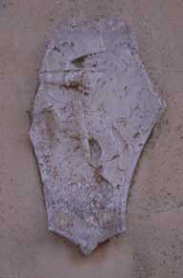 Tangible proof of what we are talking about can be read in the “Cartulario della Berardenga”, or rather, the Sienese Land Register of the 1300’s: in one of the few remaining fragments of this parchment is a written document attesting to the siege of Monte Sante Marie. It is here, in this ‘remnant’ of history, that, names, professions, the composition of the family, properties, incomes, expenditures and cultivation are listed for a total population of 400 people who lived in the village proper!
In about another century and a half, a statute for the borough of Monte Sante Marie was written. This document is stored in the historical archives of Asciano. They are filled with an abundance of interesting information regarding the history of the village as seen through the official registration of public life.
With the demise of the Medici Empire and the Sienese State (1555), our village began a long period of tranquil rural life. Monte Sante Maria, following Asciano, was the most populated territory and there were frequent frictions between the two boroughs. One memorable document was a note sent from the Ascianese governor to his “Montenese” colleague lamenting the fact that at the Monte fugitives were often given asylum after ‘thieving’ from Asciano!
For two centuries life runs its natural and tranquil path. The antique castle structures are now considered unneeded but remain standing as protection for the village, the masters, farmers, tenants and small property owners.

Everything changed in 1777, when the reform of the Grand Duchy suppressed the municipality of the Monte and joined it to that of Asciano. Having lost its relevance, Monte Sante Marie slowly became absorbed under one singular owner – Ugurgieri Malavolti. This was an antique Sienese family that for centuries had been present in the territory. The rural village was transformed into one gigantic sharecropping farm. It is from this era that changes to the antique military fortress began and transformed everything into housing, storage spaces, mills, granaries and workshops. A large part of the walls were demolished and the antique underground tunnels filled. The ‘map’ of Monte Sante Marie was radically changed. Many of the buildings were drastically lowered in height and the natural plain was raised at least the height of one floor. Large tracts of the walls disappeared, as well as the Sienese Door. The Ascianese Door was attached to the largest building and become the master’s villa. The borough lost much of its typical protective shell and formed one main road that lead to the top of the hill. The result is what is seen today: a large community that circles a piazza – filled with open spaces, a villa with a garden and a park of cypress trees.

All of this didn’t change the vitality of the village. From 1800 to 1900 an elementary school, numerous shops, an after-work hall, laboratories for handy workers and new housing were born. The farm passed on to the Tesi Family. It was a perfectly self-sustaining and closed system that, between the people of the historical village center and the surrounding territory’s families reached a high population of 600 between the two World Wars. Even the train line of Asciano-Chiusi stoped at the miniscule station of Monte Sante Marie. It still exists today in the bottom valley of the River Camerone.

At the end of World War II, the exodus of the countryside towards the cities hits hard and the small village loses many of its services progressively year after year. The farm is transformed into a salaried farming enterprise and continues to stay in function. However, its original ‘fabric’ is inexhaustibly lost. Entire families abandon the village. Only the elderly remain. In the 1960’s the shops close. In the early 1970’s the elementary school closes and school bus service stops. Not being attached to the public aqueduct and public lighting cause the final blow. The old houses, lacking maintenance, rapidly fall apart due to the complete loss of economic prospects. The last inhabitant passed away in 1976. The Family is devastated as well, by several heavy loses due to illness. This is the beginning of a 10-year period of total abandonment to Monte Sante Marie: falling buildings, thievery, disrepair and vandalism. 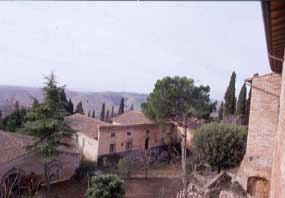